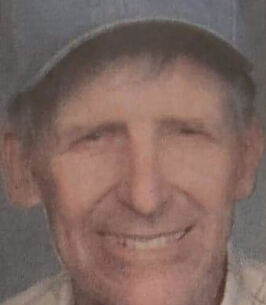 Dennis E. Shuck, 78, of Clarkston, passed away Saturday, May 21, 2022, in Clarkston. He was born June 8, 1943, in Spokane to Mary Fitzgerald and Harry Shuck. He and his family lived in Minnesota throughout his childhood, but they moved back to Spokane, where he graduated school in 1960 from Stevens High School.

Dennis enlisted in the U.S. Navy and served from 1960 to 1964 as a first gunner’s mate on the destroyer USS Glennon. He then lived for a year in Montana before residing in Spokane, where he became a jeweler.

Dennis and Donna R. Schilling were married Nov. 21, 1964, in Spokane. The couple moved to Clarkston in 1979, where he then owned Diamond Craft Jeweler’s. He semiretired in 2017 and worked from home for two years before fully retiring in September of 2020.

He is preceded in death by his wife Donna, who passed away Sept. 6, 2020; his brothers Tom, Jerry, Darryl, Harold and Johnny; sisters Judy Jones, Celia Beach, Theresa Shuck and Margaret Jester; and his father, Harry Shuck.

Dennis is survived by his son, Kelly Shuck, of Lewiston; daughter Paula Shuck, of Clarkston; grandson Ryan Shuck, of Ottawa, Canada; and grandchildren Emily and Sam Shuck, both of Clarkston.

There will be no services.

In lieu of flowers, the family suggests that memorial donations be made to the Wounded Warrior Project.