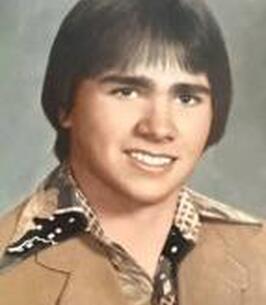 Ed Spears, age 60, passed away Thursday, Feb. 17, 2022, from complications of a rare form of Parkinson’s, with his family by his side.

Ed was born Nov. 3, 1961, in Clarkston to Lester and Nancy Spears, the youngest of three kids. He grew up and attended school in Asotin. He went on to three years of college at Eastern Washington University. Ed played many years of sports including baseball, basketball and football. He loved playing sports, and often talked about all the wonderful memories he had growing up that involved sports. He was always the jokester of the family, and “Mom’s favorite!”

He worked many years as a surveyor and received his professional land surveyors license. He worked closely with his Aunt Kay Prickett at Surveyors West for 30-plus years and later went on to work with J-U-B Engineers until he had to medically retire in 2019.

He met the love of his life, Monique Gahagan, in 1981. They met at a baseball game, which Monique did not want to go to. She often says “If I didn’t go to that stupid ball game, I would have never met Ed!” They got married in August 1983. In March 1984, Ed and Monique welcomed their first child, Ryan. In April 1986, Ed and Monique expanded their family with their second child, Scott. In June 1996, they had their third child, Ashley, who tragically passed away and is now finally in her dad’s arms up in heaven.

Ed, Monique and their family enjoyed many fun adventures that included traveling, cruises, camping, sporting events, bonfires, and many memories were made at elk hunting camp. Some of his favorite places to visit were Wallowa Lake, the Oregon coast and Las Vegas. He enjoyed watching and coaching his sons in various sports. He coached Scott and Ryan from T-ball through high school, and also was involved with Boys and Girls Club basketball as well as coaching AAU. He was an assistant high school baseball coach for several years in Asotin. He was a huge Gonzaga basketball fan and went to the WWCC tournament in Las Vegas for more than a decade.

His three granddaughters, Anna, Kendra and Clair, were the light of his life. He loved watching them play, joking with them, taking scooter rides with them, camping with them, and being the best grandpa bear he could be.

A memorial service will be held at 2 p.m. Saturday at Merchant Funeral Home in Clarkston. A reception will follow immediately at the Holiday Inn in Clarkston. Please wear your favorite Gonzaga gear to the reception.

In lieu of flowers, the family requests any donations be sent to the Parkinson’s Foundation.