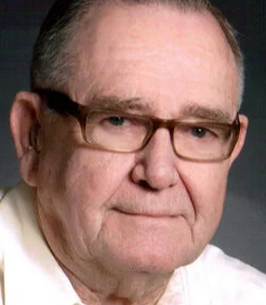 He was preceded in death by his wife of 48 years Betty (Elizabeth) Behler; and brothers Joe, Fred and Herman Behler; and his parents Hermanus and Catherine Behler.

Gerald was known for his woodworking expertise in the creation of furniture and cabinets. There was never a problem, mechanical or structural, that he couldn’t fix himself. The family residence, which he resided in until death, was built by him around 1960 and included masonry work of the fireplaces, kitchen cabinetry and finishing work. Later in life, he developed a love of dancing and reminiscing with friends at the Clarkston Senior Center. He worked as a machinist for Potlach Corp. for 42 years and retired in 1996. Gerald was a member of the Fraternal Order of the Eagles since 2006. Gerald served in the U.S. Army from 1954-56.

A memorial Mass will be said at 11 a.m., Friday, Nov. 18, at Holy Family Catholic Church in Clarkston. A luncheon gathering will directly follow at Holy Family Parish Center.