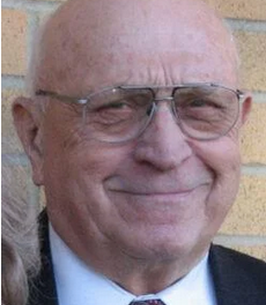 Lee M. Flerchinger slipped quietly away on Tuesday, May 31, 2022. He was born Nov. 7, 1928, in Pomeroy to Orville E. and Alice E. (Hooley) Flerchinger. He graduated high school in Pomeroy and worked on the family farm until he married Peggy Udine Johnson April 24, 1951. They moved to their own farm in Asotin, where they had three children, two daughters and a son.

In 1963, Lee decided to move to Dayton, Wash., and created his own farm machinery business, selling and repairing farm equipment. In 1968, he moved to the Lewiston area, where he worked for the Ed McCann farms, was a mechanic at Twin City Foods, independent trucker and worked for his brother Marcus. He was multi-talented from design to implementation. Lee also worked as a city engineer for the City of Kendrick. After retiring, he never lost the farming bug — he loved to have a garden.

Lee and Peggy divorced in September 1976. This is when he learned about and joined the Church of Jesus Christ of Latter-day Saints. He found what he was missing in his life and was very active in the Church.

In July 1978, he met Rae Von Skeem and they were married two months later. They were sealed for eternity in the Idaho Falls Temple April 1979. Lee’s service in the Church included commercial cannery specialist, bishopric counselor, Primary teacher, Scout Master, bishop and he was also a temple ordinance worker for 10 years. In 2005, Lee and his wife served a two-year mission to the Accra Ghana Temple. After returning home, he served a one-year mission for FamilySearch answering family history questions remotely online.

Graveside services will be held at 2 p.m. Thursday, at the Pomeroy City Cemetery. A luncheon will follow at the Pomeroy Methodist Church, 796 Columbia St., Pomeroy. There will be no viewing.