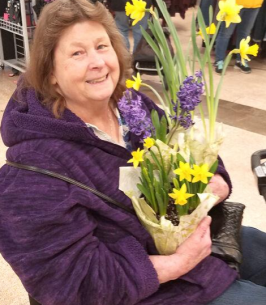 Linda Williams was born Jan. 25, 1949, in South Bend, Ind., to Glen and Ruth (Roberts) Hambay. Linda married Anthony Williams in Tucson, Ariz., on April 8, 1967. She had five daughters — one by birth, two by a shared love and two others by God’s provision. Her daughters are Corinna Williams, of Lewiston, Lorie (Glenn) Blackshear, of Cheney, Wash., Michell (Gerald) Durand, of Cheyenne, Wyo., and two stepdaughters, Chantell (Rob) Lindsay and Lynell (Eddie) Tucker. She has seven grandchildren and six great-grandchildren.

In 18 years, she moved 11 times and resided in six states in the Northwest following her husband and helping him in his contracting business. She joined her husband in Juneau, Alaska, in 1987, where she worked in various medical clinics for a time. She again followed her husband’s vision, continuing to build and manage Spruce Meadow RV Park, after his death in October 1999. She owned and operated that RV park with her daughter for 18 years.

In 2018, she was directed by God to settle in Lewiston, where she would look out from the veranda onto the Lewiston-Clarkston Valley and thanked God for settling her and her daughter in such a beautiful place. Linda was a friend to all including her cats, especially Yedidiah, her faithful therapy cat who was by her side during her medical journeys. She was always upbeat, with a heart and home to anyone who was in need. She had a sense of humor that was unmatched. A love for family to be emulated and a love for God like no other. She will be greatly missed by all who knew her, but especially by her best friend and daughter.