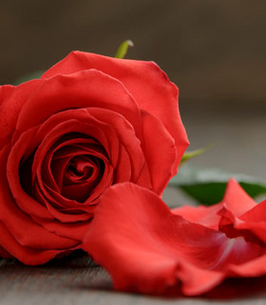 She was born in Council, Idaho July 20, 1946 to James S and Viola N (Durfee) Denney.
She grew up on a farm in Midvale, Idaho with her parents and three siblings—Ellen,
Sam and Lawerence. Melva attended Midvale schools growing up, as well as attending
junior high in Coeur d’ Alene for a brief time during junior high while her dad held a job
there. During her growing-up years, Melva was involved in 4-H and Theta Rho, a club
for girls affiliated with the Independent Order of Odd Fellows. Melva was intelligent and
studious, graduating Salutatorian of her high school class. She often helped tutor fellow
classmates, as well as being an invaluable help to her daughters with their homework
when that time came.

After high school, Melva took a summer job at the cannery in Payette before starting her
freshman year of college at Idaho State University in Pocatello, majoring in education.
She took time off from her studies after her freshman year to work and save money to
continue her education. Melva became a payroll clerk for Mountain Bell Telephone
Company in Boise. While there, her older brother Sam introduced her to John A. Mock.
John and Sam were working building the Hell’s Canyon Dam. Melva and John were
married November 23, 1966. They celebrated their 54 th wedding anniversary in 2020
before John’s passing the next year.

Melva and John continued living in Boise after their marriage, where they kept on with
their jobs as payroll clerk and in construction, respectively. Their daughter Veronica
was born in 1972, at which time Melva took time away from working at Mountain Bell to
be a homemaker and full time mom. They moved to Meridian in 1977, where their
younger daughter Shannon was born in 1979.

In 1992, the family moved to Moscow for Melva to resume her studies toward a college
degree at the University of Idaho. Melva received her Bachelors degree in Business in
1997.

Upon finishing her degree, Melva and John relocated to Lewiston, where John had a job
doing marketing and promoting tourism in the greater Clarkston area. After John’s
retirement, Melva helped John organizing, building and running the First Territorial
Capitol of Idaho Revitalization Project Inc. re-constructing Idaho’s first territorial capitol
building in Lewiston and opening it for community members and visitors alike to visit

and enjoy the artifacts and Idaho’s history. Their granddaughter Sofia stayed with them
for a few years during this time.

In lieu of flowers, donations can be made to the Nez Perce County Historical Society.