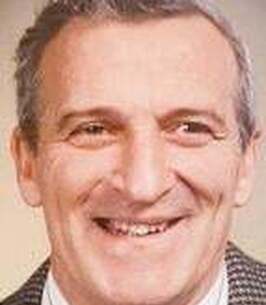 Michael “Mike” John Auer, of Clarkston, passed away Sunday, May 1, 2022, at Life Care Center of Lewiston. Mike lived an eventful 87 years, highlighted by 62 years of marriage to his beloved wife, Barbara.

Mike was born Sept. 11, 1934, in Clarkston to Michael J. and Alma Auer. He graduated in 1953 from Clarkston High School, where he competed in football, boxing, baseball and track. He was active in the FFA and enjoyed showing steers at the Asotin County Fair. He attended Washington State College and he competed in boxing for four years under coach Ike Deeter. Mike was a member of the Phi Sigma Kappa fraternity and he completed his Pharmacy degree in 1957.

Upon graduation, Mike and Eugene “Gene” Auer bought the Owl Drug Company from Lloyd Harris, where he worked as a licensed pharmacist until his 84th birthday. Mike and with his brother Gene expanded the business to locations in Lewiston and Clarkston.

Mike and Barbara (Morgan) were married Feb. 14, 1960, at the First Presbyterian Church in Clarkston.

Mike enjoyed serving several terms on the Lewiston Roundup Board of Directors and Tri-State Memorial Hospital Board of Directors. He was a long-term member of the First Presbyterian Church, where he served both as a deacon and an elder.

Mike was a hard working, caring and loving husband, father and grandfather.

He demonstrated that hard work and determination can accomplish many goals. He lived his life open to opportunities.

He was preceded in death by his brother, Eugene “Gene” Auer, and brother-in-law, Robert “Bob” Morgan. He will forever live in the hearts of his wife, Barbara; sons, Brian (Janet) and Jonathan (Leanne); daughter, Kristen Adams (Sam); and their families, Abbi (Brandon), Wyatt, Kasch, Marcus, Patsy (Trent), Ben, Lauren, Drew (Katie) and Ryan.

The family would like to thank the staff of Life Care Center of Lewiston for their loving care of Mike.

Arrangements are under the direction of Merchant Funeral Home of Clarkston.