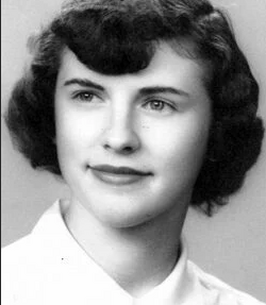 Rita Elaine Carter, of Clarkston, passed away Thursday, April 7, 2022, as a result of being attacked by a dog Sunday afternoon April 3.

She was born Aug. 11, 1937, to Joseph and Mary (Konrad) Bates in Custur, Ohio. She was one of three children, including Robert Bates of Custur, deceased; and a Benard Bates, residing in Defiance, Ohio. She was blessed with three children: Sandra (Sandy) Rollins of Mount Plymouth, Fla.; Holly Twilling of Sequim, Wash.; and Morris (Jimmy) Reed of Sikeston, Mo. Also two stepsons, Keith Carter of Poway, Calif.; and Robert (Bobby) Carter of Roseville, Calif.; five grandchildren; and four great-grandchildren.

Rita served two years in the Women’s Army Corps, and she retired from Wells Fargo Bank.

After the death of her husband Robert Carter in December of 2001, she volunteer at the Chamber of Commerce in Woodland Park, Colo. She met Larry Courtney in April of 2010, and they started traveling. They traveled via car or motor home trips as far as Maine and then to the farthest point west in northwestern Washington. They spent 12 winters in Arizona.